There is a moment in every writer’s life when they become aware of repetition. Scanning through a single paragraph, the same word appears four times. It seems a logical editing process as well as an important responsibility as a writer to add variation so the reader doesn’t get bored re-reading the same word. A careful writer might reach for the thesaurus on their desk or just visit thesaurus.com to add variety to their work. It’s always great to expand one’s vocabulary. Every word has a unique and complex system of ideas that can inspire images and open doors in writing. For instance, when looking for substitutes for the word “happy,” one might stumble upon the word “eudaemonia,” which means the same thing but has more complicated roots. The “daemon” part of eudaemonia is the same root word from which both “genie” and “genius” are derived, and means something like powerful spirit or soul. So eudaemonia has a much more interesting meaning than happy. Eudaemonia really means something like: the feeling of fulfillment that comes from chasing after your own soul.

To the original point, if a paragraph is a character contemplating their own happiness, eudaemonia might not be the best substitution for happy. It’s a weird, unfamiliar word that most readers won’t recognize. Some readers love making lists of vocabulary words  and looking them up as they read, but one must consider that those readers are probably also writers. Many e-readers come with dictionaries built in, so this makes things easy for any reader. However, it is also helpful to consider the glorious lazy pleasure of curling up and reading for a few hours and getting lost in the story. Including challenging words just to avoid repetition might disrupt this experience. Eudaemonia is a beautiful word, but without context within the writing it might just be a useless obstacle. 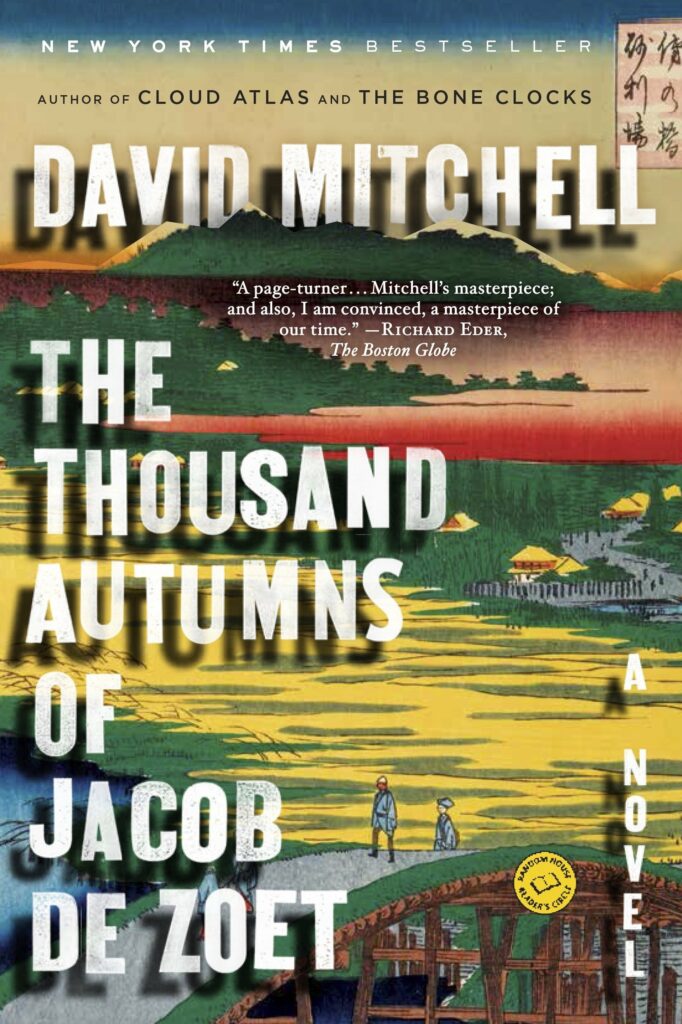 Although set in 19th century Japan, Mitchell uses science fiction devices to grant some of his characters immortality, so they appear in his other novels and create a super-structure of continuity linking all of his books together.

I love the author David Mitchell. He writes contemporary literature but uses science fiction tropes to connect all of his books together. Most of his main characters end up becoming immortal, and it is astonishing to read all of his novels and realize how the characters from all of his books come together. He used the word cenotaph in one of his books and I had never heard it before. I was absolutely fascinated by it. Just the sound of it is so beautiful. A cenotaph is a memorial marker, like a gravestone. In the context of his novel, cenotaph was the perfect word. It fit the scene he built and added a sense of the ancient and grandiose to the story. I didn’t mind the work of looking it up, but it did disrupt my experience of the story for a moment. 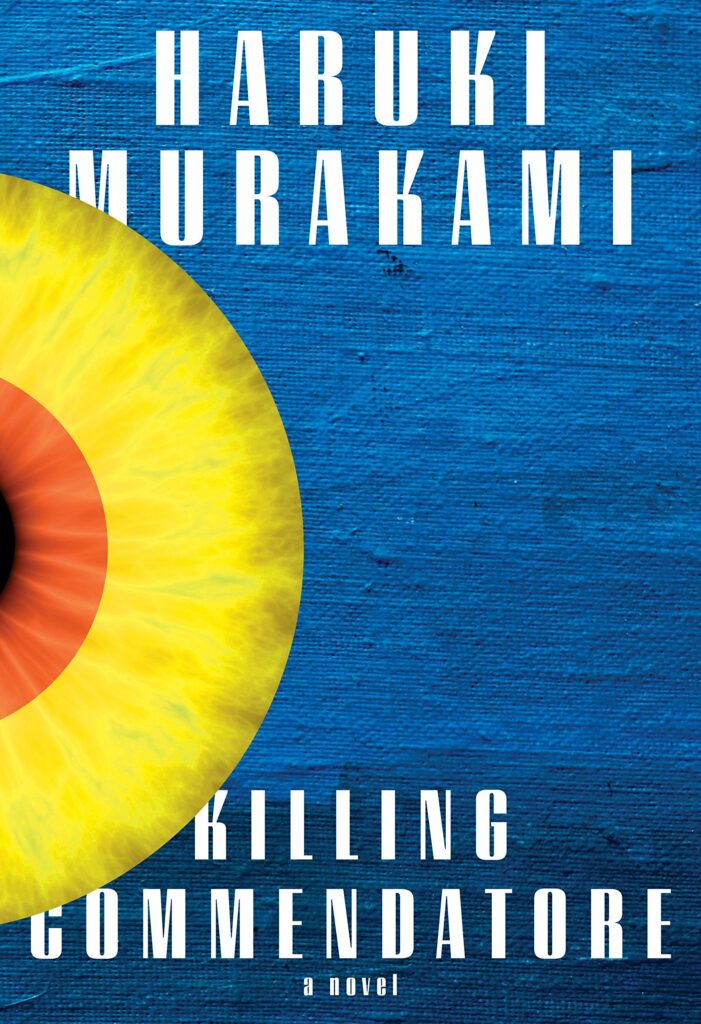 The cover of Killing Commendatore

I’m currently reading Killing Commendatore by Haruki Murakami. The book is about a lonely artist and the title is the title of a mysterious painting he discovers. The entire novel is a long contemplation of the painting, so it’s not surprising that the phrase “Killing Commendatore” appears several times on every page. If Murakami were a more anxious writer instead of the steady, masterful artist that he is, he might use second mentions to break up the repetition. Instead of calling the painting by its title, he might write “the mystical canvas rectangle” or “the eerie artwork” or “the luminous film of linseed-oiled pigment.” If he did this he would alleviate the fear of repetition that every author learns at some point, but his novel would become ridiculous.

As a reader, I don’t mind the repetition at all. The phrase “Killing Commendatore” becomes the heartbeat of the story. I skip over the phrase as I read but can still experience their grounding rhythm. It’s like a peaceful, thrumming poem embedded in the core of the story and offers grounding and familiarity when Murakami’s plot becomes mind-bendingly weird. I think the weirdness of the book would utterly fall apart into gibberish if Murakami didn’t work so hard on creating a stable, normal world to hold the book together. The repetition of the phrase “Killing Commendatore” reinforces the predictability of the normal world and makes the surreal elements much more shocking, the way colors look brighter against a black background.

In your writing do you avoid repetition or embrace it?

There’s no easy answer, but understanding the conflict means taking greater control as a writer. You are not a prisoner. Your writing doesn’t have to answer for every one-dimensional rule you learned in high school. You are free to use cool words you discover like cenotaph and eudaemonia, but you have a responsibility to the reader as well. Does your advanced vocabulary hinder the story? Is repetition grating or is it exciting? It is important for every writer to make their own choices instead of blindly following rules that they have been told are “correct.”

These sentences use a device called anaphora, purposeful repetition at the beginning of a sentence or clause. Anaphora is a powerful tool for creating cadence in prose, and it is often used in political speeches to reinforce a point and leave listeners with a memorable phrase. Anaphora forms the culmination of Martin Luther King Jr.’s I Have a Dream speech. Martin Luther King Jr.’s use of repetition changed the world.

The high-school rule against repetition is worth considering, but any writer would do well to understand the positive aspects of repetition. Repetition forms the basis of a myriad of literary tools. This article on writers.com gives a thorough analysis.

Using repetition can be a powerful way to change the entire mood or tone of a novel during a scene. Imagine portraying a character’s daily life for a few chapters and then writing a romantic scene. How do you shape the writing so it reflects the character’s feeling of falling in love? Repetition is the perfect way to show the character’s positive fixation and create a sense of music in prose.

A hilarious take on second mentions and repetition

The second mentions account on twitter gives hilarious insight into this issue. It collects writing from all over the world where journalists struggle to avoid repetition through creative second mentions.