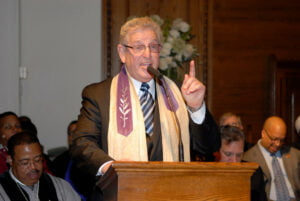 Barry Dov Schwartz’s memoir is an exciting chronicle of a fascinating career. 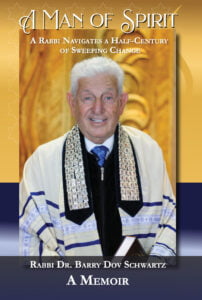 A Man of Spirit chronicles Rabbi Schwartz’s career from Vietnam to Nazi Hunting.

From the Long Island Herald, read the following review of this exciting book. (For the full experience, we recommend the full-color hardcover edition!)

Former Rockville Centre Rabbi Dr. Barry Dov Schwartz worked alongside a Nazi hunter. He marched for Civil Rights in Washington, D.C. He served as a chaplain during the Vietnam War. These stories and many more of his exciting adventures and experiences are chronicled in his new book, “A Man of Spirit: A Rabbi Navigates a Half-Century of Sweeping Change,” which was released on Jan. 25.

“I said to myself, it’s a good time now that I’m retired that I just try to put something together of all the adventurous things that I experienced during my lifetime,” Schwartz said, “especially my years during Vietnam and 37 years in one congregation on Long Island, and that was the motive.”

When he was a student in Boston, he traveled to Washington, D.C. to join the march for civil rights on Aug, 28, 1963, at the urging of his mother, and he said his parents instilled in him the importance of acceptance.

Isaac’s beautiful design truly comes through in this carefully thought out memoir.