Scandal in the South by first-time author Rachael Renshaw follows four girlfriends on their dating misadventures.

You can buy the book here

Jamie, Kennedy, Madison, and Grace seem to have it all. They are from prestigious families and have successful jobs. Each woman is beautiful and they are prominent in their social circles. They are at the peak of their careers, working as a a doctor, psychologist, interior designer, and boutique owner. They are each living their American Dream. However, scandal holds exceptions for no one, no matter how much money one might have. Each woman goes through her unique heartaches and sufferings behind closed doors. From cheating scandals and unwanted pregnancies to closeted partners, the drama of Scandal in the South will keep you so captivated you won’t be able to put it down. As the relationships with men in their lives come and go, the girls find solace in their deep love for one another. They are each other’s true soul mates. This transformational tale of sisterhood and self-love shows that sometimes we have to hit rock bottom to be resurrected. It is the story of how we become the strong women we are truly intended to be. This story will shock you until the very last page and make you laugh, love, relate, cry, and leave you only wanting more.

We wanted to share the first version of the cover with you: 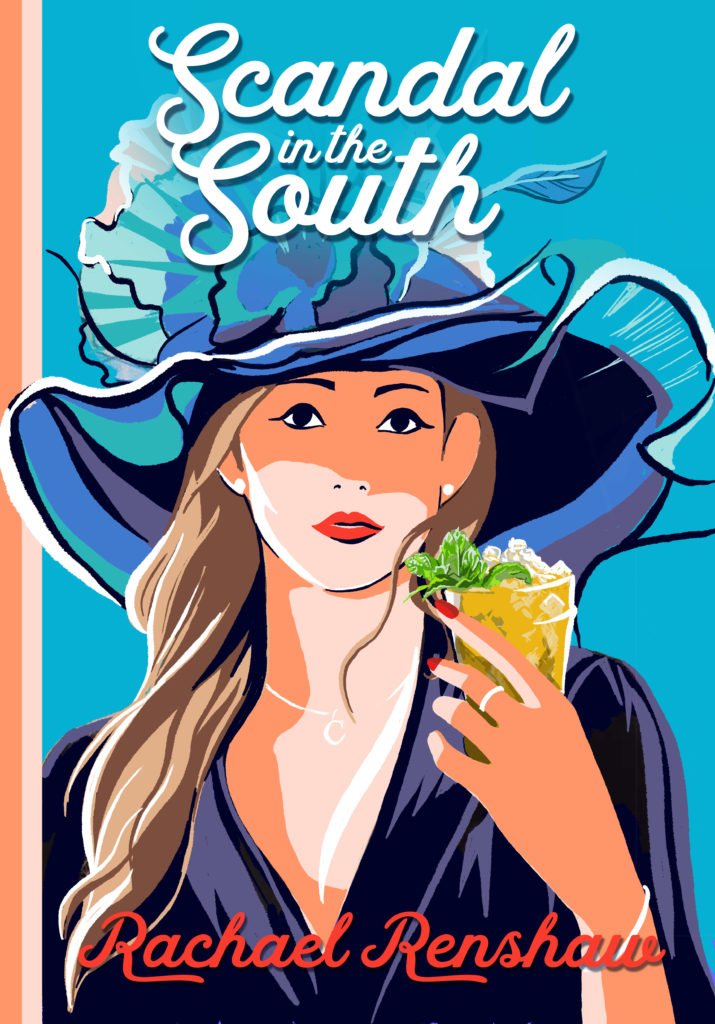 It’s interesting that the cover was greatly improved by eliminating stuff like the jewelry. I also got rid of all the black lines and replaced them with blue, so the final image seems ephemeral and abstract rather than a depiction of someone specific. The final touch was lowering the hat to hide the figure’s eyes. Without seeing her eyes this could really be anyone. I think it is more appealing to the reader since it is easier to imagine that this is a picture of you without the specificity of the eyes.

I was really going for a Malika Favre feeling. She’s an incredible artist that works on absolutely perfecting shapes so they become icons and working with only a couple of colors. Some of her work only uses a single color such as white on black, but her drawing and study are so expert that she can convey almost anything. Her work is striking and it is also everywhere. I promise you’ve seen it, even if you don’t think you have. I went to the animated Van Gogh exhibit and noticed that there were magnets, keychains and other things that were just rip-offs of her iconic Van Gogh in sunglasses artwork. Whoever made them just traced the image and removed the sunglasses. Her work is simple and powerful and following her inspiration I worked to actually remove detail from the art and work in such a way that color and shadow sort of flip flop and remain ambivalent.

Here’s Malika’s site, which is worthwhile for any artist or designer to study in-depth